Dead Sea, one of the most spectacular natural and spiritual landscapes in the whole world. The saltiest body of water on earth, the lowest point on earth, and the world’s richest source of natural minerals, hiding wonderful treasures which have accumulated throughout thousands of years.

This salinity makes a harsh environment for sea life, hence its name. The Dead Sea is 50 kilometers (31 mi) long and 15 kilometers (9 mi) wide at its widest point. It lies in the Jordan Rift Valley, and is fed by Jordan River.

The Dead Sea is very rich in natural minerals that are essential for the health and care of the body skin including Magnesium, Calcium, Potassium, Bromine, Sulfur, and Iodine. They are well known for relieving pains and sufferings caused by arthritis, rheumatism, psoriasis, eczema, headache and foot-ache, while nourishing and softening the skin.

The uniqueness and richness of the Dead Sea made it an attraction point for millions of people today and in history being a single source of health and beauty. This is the only place in the world with this particular combination of exclusive spa benefits.

Discoveries show that the ancient people visited the Dead Sea over 4000 years ago. King David, Herod, the Roman Emperor Vespasian and many of time’s subsequent royal and wealthy travelers, have all made a point to treat themselves to the therapeutic and restorative properties of the Dead Sea. King Solomon made gifts of Dead Sea Salts to the Queen of Sheba.

Marc Anthony attempted to conquer the area for the legendary Queen Cleopatra, who sought its beautifying qualities.

The Dead Sea Therapy has proved itself to be of value in treating a number of Dermatological, Rheumatologic and Pulmonary diseases especially psoriasis, Rheumatoid arthritis, osteoarthritis and eczema. As a health spa, the Dead Sea offers patients an opportunity to treating various skin ailments.

Main Climatic Features of the Region

Calcium is a common element in the human body, and is vital for the health skin. Calcium plays a role in regulating the skin’s various functions, including skin growth, skin regeneration, and moisturizing. Calcium has anti-oxidant effect and protects your skin’s collagen and elastin producing properties, keeping your skin fresh and young.

Phosphorus contributes to the repair process and maintenance of various body cells which suffer from daily wear and tear. It ensures that body cells are developed properly and remain active for impressive overall health.

Magnesium is the fourth most prevalent mineral found in cells, after calcium, phosphorous and potassium. It fosters good health and helps ease stiff muscles. Also reduces the appearance of fine lines and wrinkles, combats skin allergies such as Psoriasis, Eczema, and reduces inflammation and limits Acne breakouts. Magnesium aids in hydrating dry or inflamed skin, relieves stress and helps cleanse the body of heavy metals that accumulate.

Iron is a useful element for proper functioning of antioxidants and also helps to activate vitamins in B group, which also helps to maintain health of skin.

Besides the various health benefits, sodium plays a critical role in skincare. Sodium has anti-aging properties. This is because of its ability to fight the radicals that accelerate the aging process. It helps in maintaining a youthful and healthy skin. Thus, it is an active ingredient in a range of skincare products. Sodium alone and in combination with other elements, offers a number of benefits for skin, to become a skin smoothening agent, buffering agent and acid neutralizer in bath products and antiseptics. It is widely used in cleansers and moisturizers Sodium is regarded as a mild wetting agent in products for sensitive skin.Sodium offers relatively fewer benefits for hair. Sodium in association with other constituents is widely used in shampoos and conditioners. Sodium has several important functions, including exfoliating skin, improving circulation, easing stiff muscles and clearing up uneven skin tone.

Helps keep the cells hydrated and supports the growth of new skin cells. Also it acts as a pH level balancer for the skin. It absorbs water molecules from the environment and hydrates the skin. Potassium also helps to relieve any stressful or anxious feelings that you might have.

Bromide helps to relieve stress in the skin and indirectly soothes sensitivities. Also, helps with the natural repair of the body together with cell metabolism and can be used as a natural antibiotic. In addition it helps fight germs when applied directly to skin.

Selenium helps to fight free radical cells. It forms antioxidants in the body to fight free radicals which damage cells and lead to aging. It is the best antioxidant to prevent or reduce aging due to oxidation. Also, selenium is considered a natural method to cure and get rid of acne. Selenium boosts hair growth and reduces dandruff. Selenium can destroy a fungus known as Malassezia from the scalp. Selenium is included in many anti-dandruff shampoos to fight against dandruff. Selenium is an anti-inflammatory agent. Combining selenium with vitamin E can cure chronic conditions like psoriasis, lupus, rheumatoid arthritis, and eczema.

Help to reduce the flow of sweat from the skin, also acts as an astringent, causing a refreshing tingling sensation. Because alum tends to tighten the skin, therefore it helps temporarily to reduce the appearance of wrinkles. This ingredient also has antimicrobial properties and can help wrinkle creams serve a dual function as bacteria-killing cleansers. Aluminum powder is beloved in the cosmetics industry because it functions as a thickening agent and a pigmenting ingredient.

Copper plays an important role in skin care, as it aids in the production of melanin which is responsible for the color of the skin. Copper peptides and copper gluconates are a promising treatment in skincare. Copper ingredients aid in collagen production and skin regeneration and increase the effects of antioxidants. Copper reduces redness in the skin after laser treatment. Also known to smoothen out acne scars and skin blemishes. Copper also appeared in hair products where it increases the size of hair follicles, giving the appearance of thicker and fuller hair. Also copper is an esseantial mineral that is useful in fighting wrinkles by stimulating Collagen and elastin, assists in oxygenating the skin, helps your skin retain moisture , and increases the speed that your skin heals from mounds.

Zinc plays antioxidant role in protecting against free radical-induced oxidative damage. Zinc protects against UV radiation, enhances wound healing, contributes to immune and neuropsychiatric functions, and decreases the relative risk of cancer and cardiovascular disease. Using zinc has shown some potential in preventing and alleviating the inflammation and scarring associated with acne.It may also help heal damaged skin around acne that does develop. Dandruff and some fungal infections of the scalp have been shown to respond to the use of shampoos containing Zinc. Studies have also shown that zinc may aid in the treatment of several other skin conditions, including eczema, psoriasis, burns.

It is very important to maintain the youthful look and ensuring longer life for skin. One of the best acne treatment solutions brought to you by nature itself.
Chromium will help the skin fight infections and prevent bacteria from spreading to numerous skin pores. 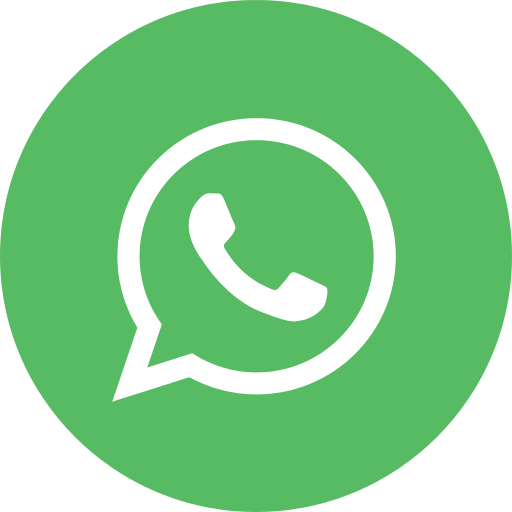